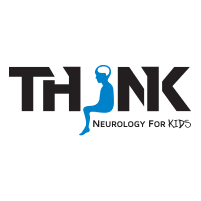 One in every 59 children has autism. If you notice that your child has social interaction and communication issues, don’t wait to seek care. The doctors at THINK Neurology for Kids in The Woodlands, Katy, Sugar Land, and Austin, Texas, want to help. Call or schedule an appointment online now to be seen this week and find out how THINK Neurology for Kids can help your child.

Also referred to as autism spectrum disorder or ASD, autism refers to a complex developmental condition that influences how a person communicates, learns, thinks, and solves problems.

Influenced by a combination of genetic and environmental factors, autism has many subtypes. These differences enable those on the spectrum to present with a distinct set of strengths and challenges. The doctors at THINK Neurology for Kids help you identify these in your child.

Some of the more common indicators of autism include:

While some delays appear as early as 18 months of age, most of these characteristics appear by the time your child turns three.

How is autism diagnosed?

There is no specific medical test for autism. To diagnose autism, the doctors at THINK Neurology for Kids perform a physical and developmental evaluation.

Other tests that help with diagnosis include visual and hearing tests, EEG, as well as genetic chromosomal and DNA testing, to rule out other issues.

How is autism treated?

Early intervention services help improve your child’s development and learn essential skills from birth to age three, including how to talk, walk, and interact with others.

Other approaches that benefit those with autism include:

Early detection and treatment along with identification of underlying etiologies such as epilepsy, seizures, and genetic abnormalities, help achieve the best prognosis.

The earlier you arrange a visit at THINK Neurology for Kids for an autism evaluation, the better. Call or make an appointment online today to be seen this week.